As discussed last month, Bondora continues to focus its efforts on Estonian loan originations, which have remained strong over the first half of the year. In May, Estonian originations totaled €2,269,236—an 8.6% increase from April.

In addition to consolidating loans across countries, Bondora has also consolidated loans across rating categories to reduce expenses and to maintain its loan offerings. Almost half (48.51%) of Estonian loans were D-rated. 26.05% of loans were in the C-rated category, 22.90% were E-rated, and 2.54% of all originations had a B-rating. 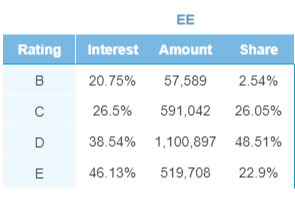 After loan amounts dipped in April, loans increased in their averages again this month. The average Bondora origination in May was €1,717, compared to €1,416 in April—an increase of 21.3%.

The same trend can be seen in loan durations, which were also higher in May. The average origination for the month came in at 47 months as opposed to 45 months in April. 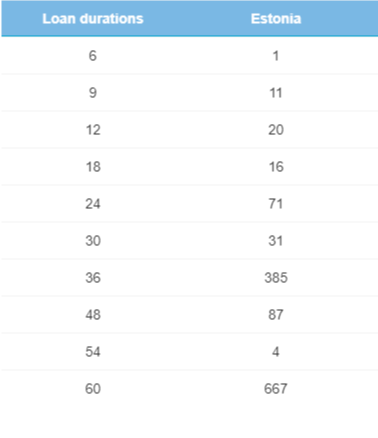 The average age of Estonian borrowers increased slightly this month, from 38 years old to 39 years old.

Income levels settled at a monthly average of €1,275. Lower income levels are likely a result of a slower-than-expected economic recovery from the effects of the Coronavirus.

More borrowers have a university education

In May we noted a higher percentage of Estonian borrowers with a university education (15.2%) compared to April (12.9%). Other education levels remained relatively consistent. 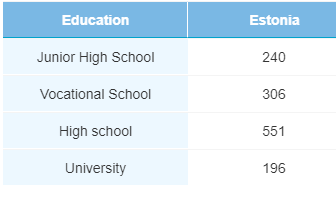 In total, 33.6% of Bondora borrowers were employed for more than five years, an increase of over 5%. The number of borrowers who are retirees (4.80%) and those employed for up to one year (21.0%) fell.

The home ownership status of Estonian borrowers was consistent with previous months. As of May, the majority of borrowers are homeowners, covering 45.5% of all Bondora borrowers, while 33% of borrowers are either tenants (16.9%) or living with parents (16.1%). 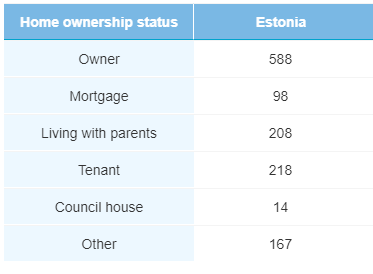 May was the second month of Bondora consolidating originations to maintain stability for customers across its peer-to-peer lending platform. In May, there has been even more consolidation around origination ratings. This has allowed originations to continue at a steady rate, providing investors with opportunities for investment when desired.