Originations totaled €12,630,201 in February. Finnish originations were once again strongest of all Bondora originating countries compared last month, while there were also positive signs to take away from Estonian origination data in February.

Finnish originations were the only to grow higher on the month, up slightly to €3,048. The average Spanish origination was smaller for the third consecutive month, down to €2,244 from €2,418 last month. Estonian loans averaged €2,532, down 10.59% on the month. 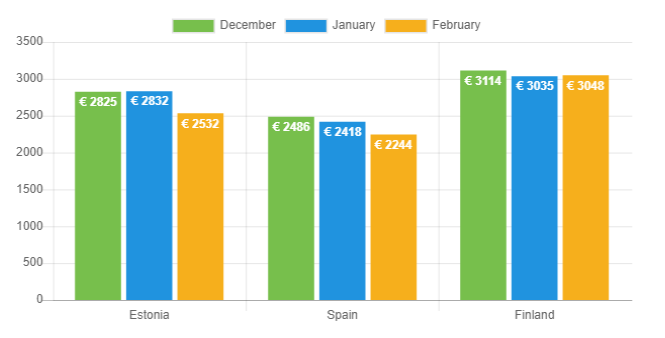 Finnish originations were the only to grow higher on the month, up slightly to €3,048. The average Spanish origination was smaller for the third consecutive month, down to €2,244 from €2,418 last month. Estonian loans averaged €2,532, down 10.59% on the month. 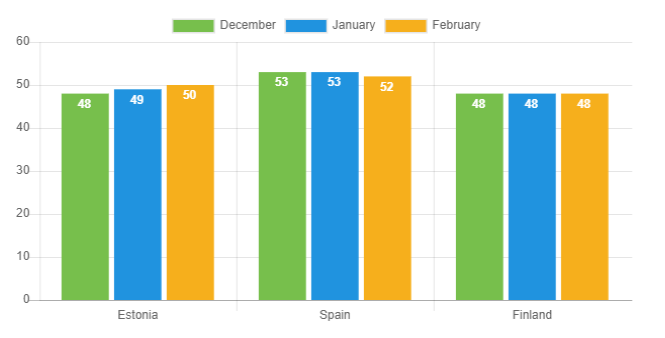 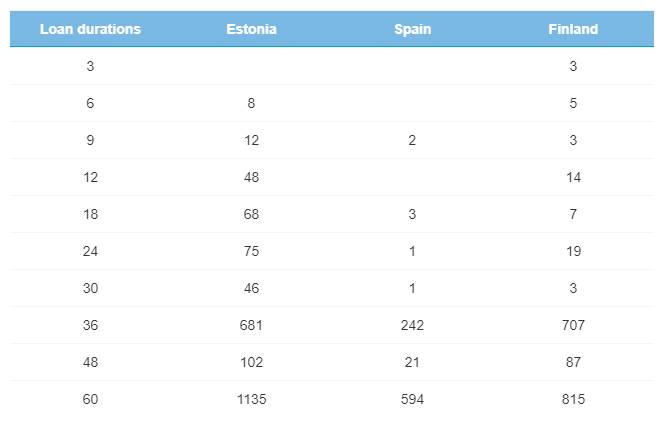 Estonian borrowers were older, averaging 39 years of age, up by 2 years from January. Spanish borrowers, on average, were also older compared to last month, coming in at 42 years of age. Meanwhile, Finnish borrowers remained the oldest of all Bondora borrowers, with an average of 46 years old. 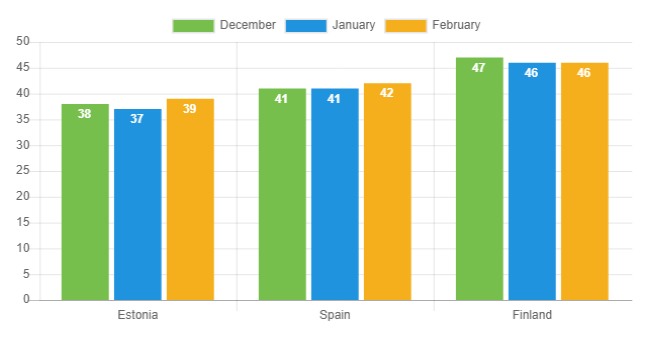 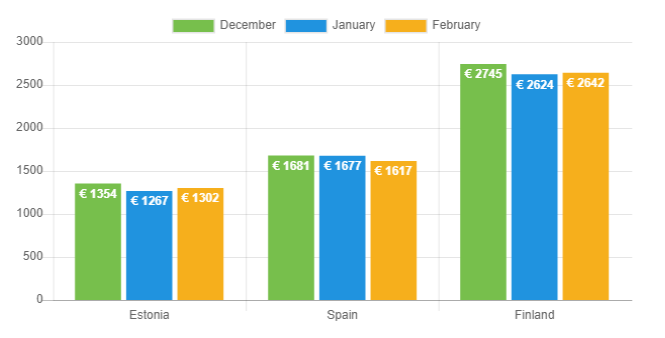 The education of Estonian borrowers skewed higher, as the ratio of borrowers in Estonia with a junior high school education totaled 16.41% compared to 19.78% last month. Elsewhere, vocational school education in Finland rose to 53.58% from 46.71% in January.

Borrowers continue to be employed longer

In a continuing trend, Bondora borrowers are maintaining their employment for longer than before. 41.22% of borrowers were employed for more than 5 years, up by more than 2% from a month ago.

Estonian home ownership jumped higher in February, with 40.50% of borrowers in the country being homeowners compared to 45.01% last month. Home ownership in Finland remained relatively constant compared to the previous month, as did figures in Spain.

Borrowers in Estonia were much less likely to be verified in February, with 55.40% of the country’s borrowers verified compared to 78.86% a month ago. Meanwhile, verification for borrowers in Finland closed in on 100%, totaling 98.50% in February.

Another strong month for Finnish loans

For the second month in a row, there were positive signs from originations out of Finland. A more than 5% increase in Finnish originations coupled with a growth in average borrower incomes showed strength in loans originated in the country. Estonia also displayed strength of its own, with more homeowners, higher incomes, and longer employment durations than before.