In January there was a total of €15,214,543 in Bondora originations. Even as originations increased as a whole, Finnish originations showed positive signs of growth compared to the previous month.

Finnish loans were the only originating country which increased on the month, up by 29.8% to €4,855,434. Meanwhile, interest rates were strong in Estonia, where the overall interest came in at 22.2% compared to 17.5% one month ago.

The majority of increase in Finnish originations came from E rated loans, which accounted for 28.6% of all Bondora originations on the month. Other notable changes included new HR loan originations in Spain, and a significant reduction in Estonian AA rated originations, which dropped by 55.8% to €1,546,406.

Average loan amounts in Finland seem to be normalizing around €3,000, coming in at €3,035 this month. Estonian loans came in slightly higher than last month, averaging €2,832 per origination in January. 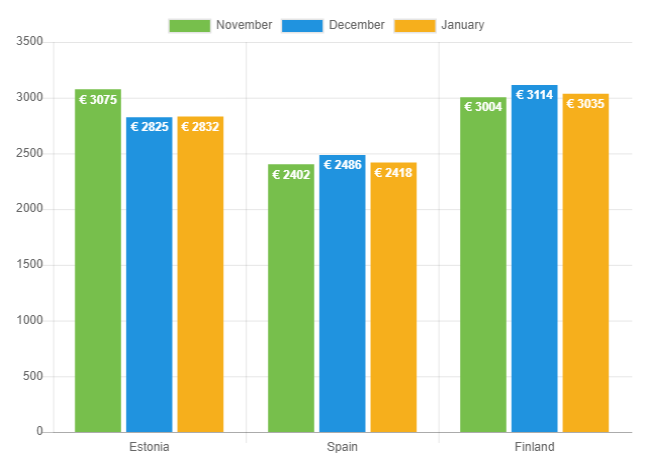 The average duration for Spanish loans has remained consistently the longest for quite some time, holding strong at 53-months. Finnish originations were also the same, at an average of 48-months, while Estonian loans averaged slightly higher in January to 49-months. 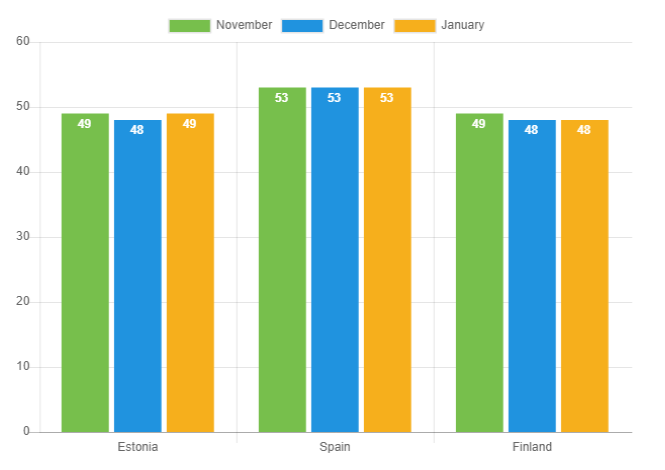 Estonian originations have by far the widest array of origination lengths, with originations spread from 6-months to 60-months. The trend of Finnish and Spanish durations remained fairly consistent with previous months. 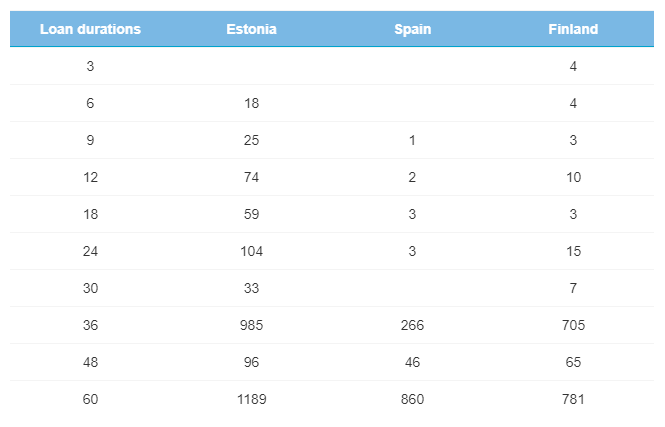 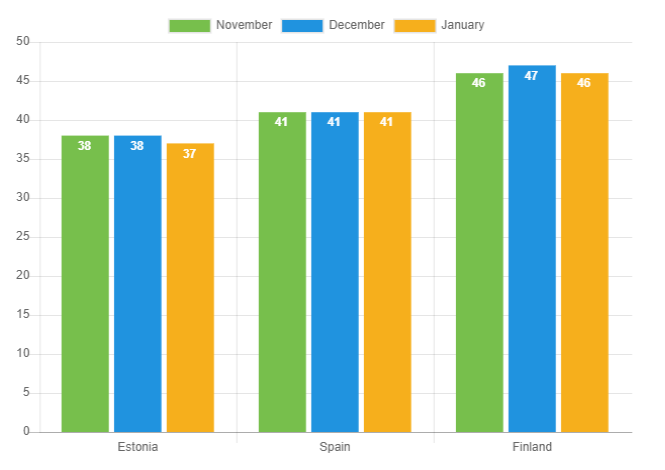 After a month of increases in average income across the board, incomes normalized downward in all three Bondora originating countries. Estonian incomes fell by 6.4% to €1,267. Finnish incomes were down a similar amount, dropping by 4.4% to €2,624. It was Spanish borrowers who maintained similar incomes to last month, falling only 0.3% to €1,676. 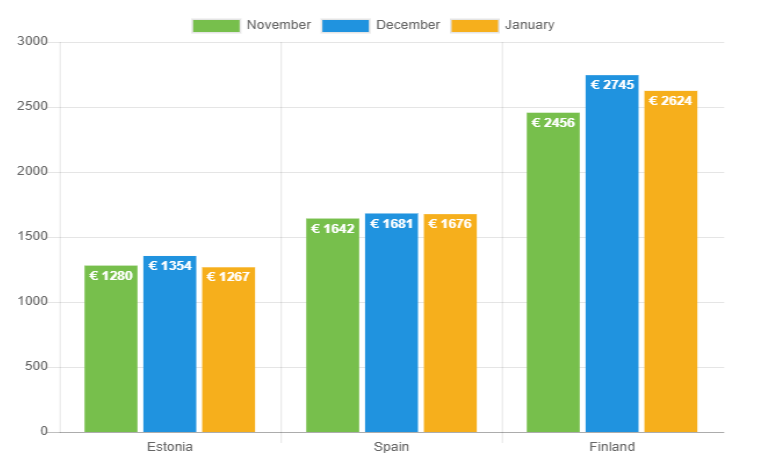 In January, 24.5% of Finnish borrowers had a university education compared to 23.2% a month ago. Although this was only a minor change, all things being relative, this was the most significant change in education level over the month.

Estonian borrowers continue to grow in verification, with 78.9% of borrowers in the country verified during the month, more than an 18% increase over just a month ago. The same trend occurred with Finnish borrowers, who were verified at a 95.3% rate this month. All told, Bondora borrowers are being verified at a higher rate than ever, with a 88.3% verification rate overall.