In December, initial figures for the third quarter of 2019 were first revealed and were relatively consistent compared to previous quarters. In Spain, more loans were originated without negatively impacting rates, while both Finnish and Estonian loans also remained constant compared to last month. 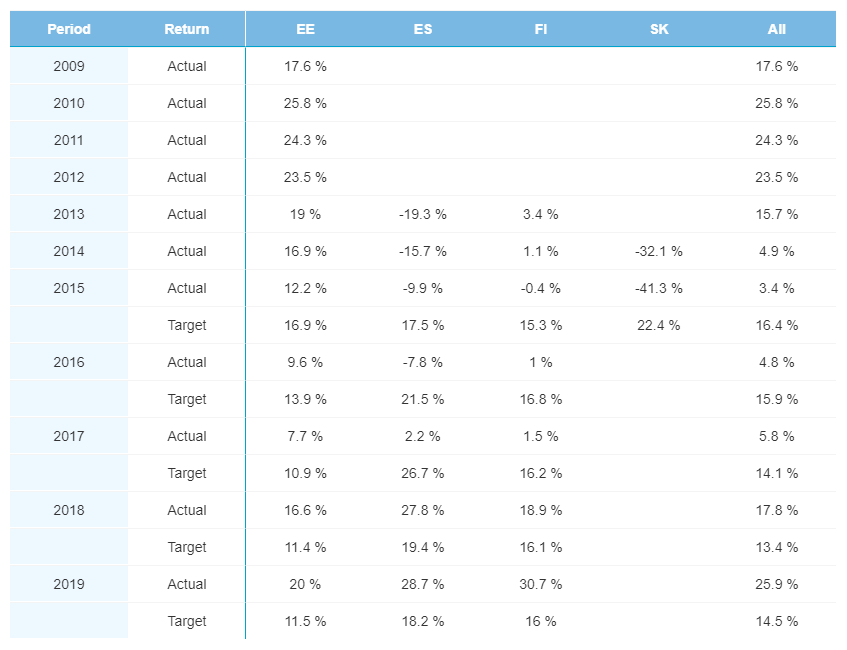 The first return numbers for Q3 2019 came in at 22.7%, well above their 14% target. The most recent previous quarters saw their rates lower within a 1% margin of November’s returns. 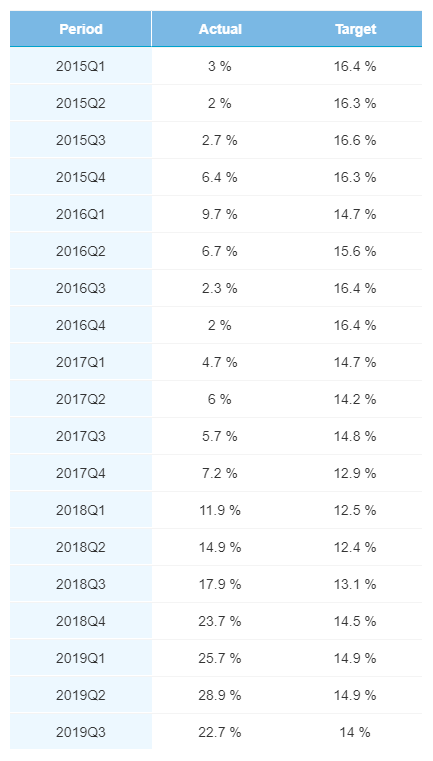 Contrary to the previous nine quarters, there were no A, AA, or B rated Finnish loans issued in Q3 2019. Rates for the most recent quarter all came in above their expected targets. On average, Q3 returns came in lower than their Q2 counterparts. 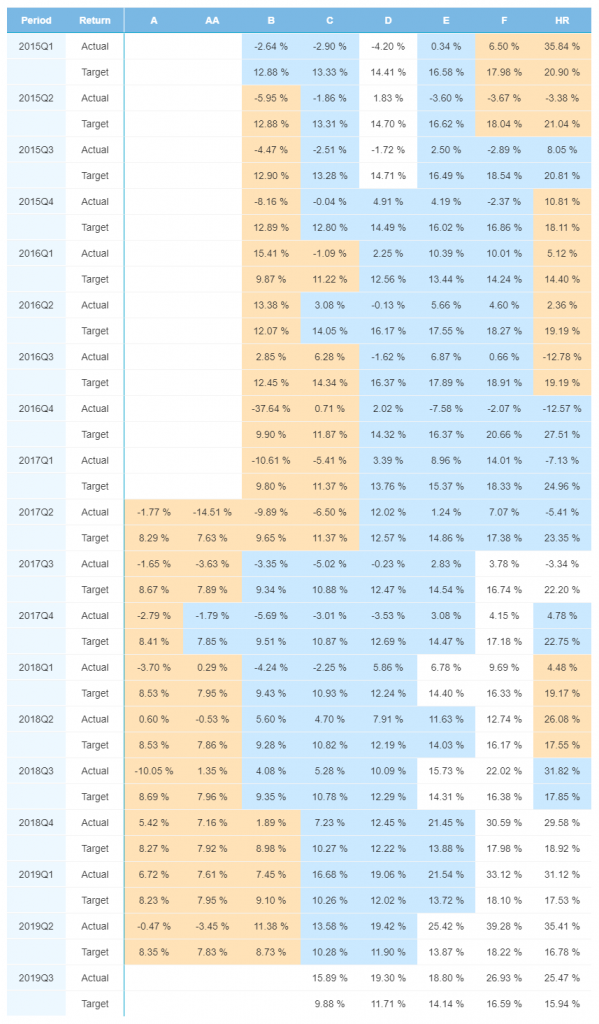 Loan issuances in Estonia were similar in Q3 than in previous quarters, with the only change being fewer issuances of F rated loans on the quarter. E rated loans continue to outperform other categories of Estonian loans. 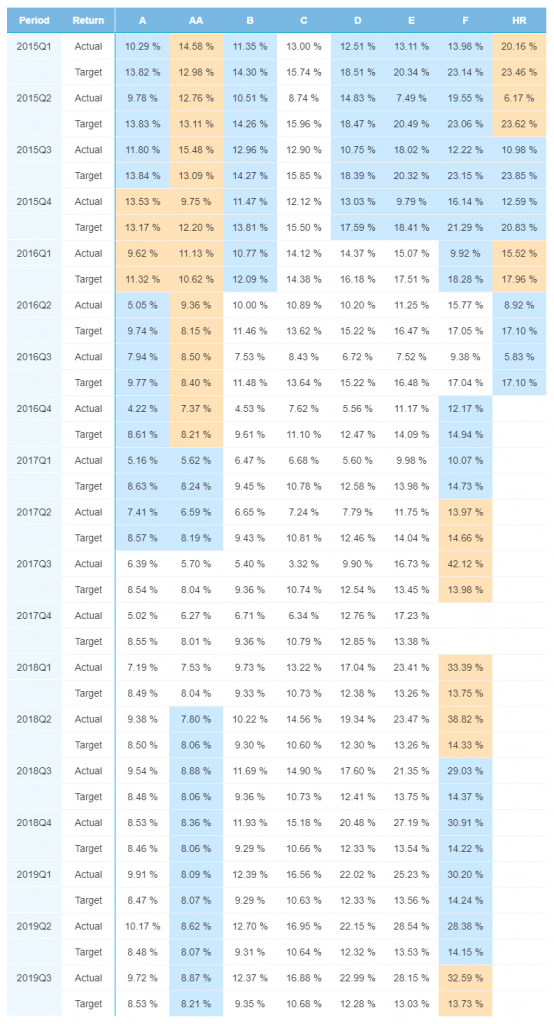 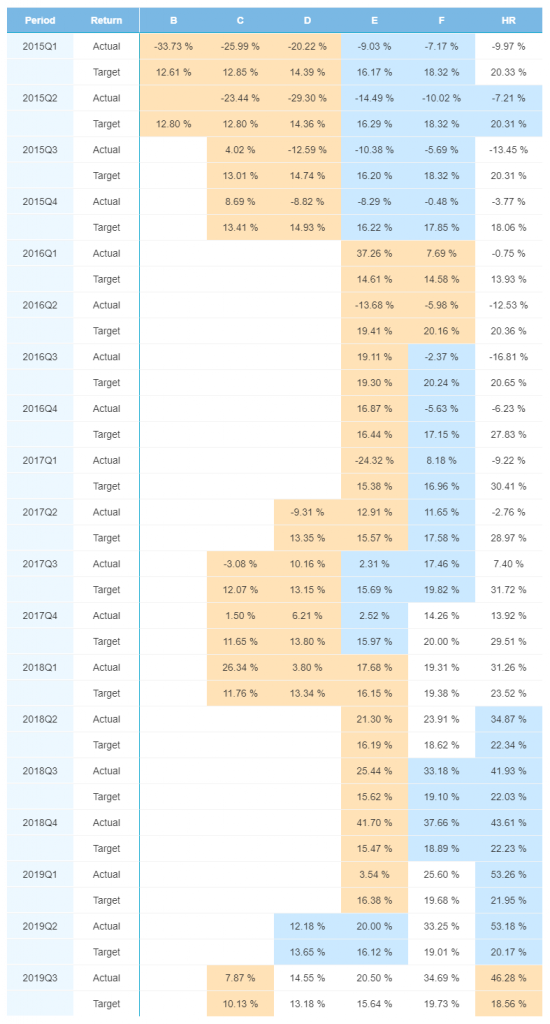 Spain’s socialist Prime Minister Pedro Sánchez is on his way to forming a coalition government after narrowly winning a vote of confidence by the country’s MPs. Sánchez and his socialist party the PSOE plan on forming a minority government, the country’s first coalition government since 1978. After Sánchez lost a first confidence vote last week, it was abstentions by Catalan and Basque MPs that put him over the top this time around.

The high-speed rail project in Estonia could commence within the next two years according to the head of RB Rail AS Estonia Aivar Jaeski. The project, known as Rail Baltic, is expected to connect Baltic cities with each other, and to Poland. “In most cases, a maximum of 24 months [is required] for projects; we hope some of these will be completed sooner. We hope to be able to start laying down in 2022, or at the end of 2021,” he added. Design work has already started for the Estonian section of the rail line while other sections of the line have not yet begun.

With Europe divided on how to handle geopolitical tension in Iran, Germany has made it clear it believes the Iran nuclear deal is still a viable and relevant option for maintaining order and safety in the region. Germany’s foreign minister Heiko Maas said, “We believe that this (nuclear) deal makes sense because it binds Iran into not developing any nuclear weapons. So we want this agreement to have a future, but it only has a future if it is adhered to and we expect this from Iran.” This also comes as the country’s Chancellor Angela Merkel is set to visit Russia to discuss these matters with Vladimir Putin.

Brexit is costing the UK more than it bargained for. While the plan has already cost the country an estimated $170 billion, it is expected another $91 billion in costs will be incurred thanks to the exit plan of PM Boris Johnson. The new expected cost is based on the PMs withdrawal deal that the UK parliament recently approved.