Bondora ended the year with €16,208,785 in December originations, an 8.1% decrease compared to November. Points of note on the month were growth in Spanish originations and changes to Finnish duration and average loan amounts.

In Spain, F and D rated loans accounted for 94.8% of all originations in the country. Even as Estonian originations decreased in December, several of its rating categories saw an increase in originations. This was seen the most in Estonian B rated loans, which grew by 23.3% to €1,002,380.

After three straight months of declines in average loan amounts, Finnish borrowers, on average, had higher originations in December. The average loan amount for Finland was €3,114, an increase of 3.7% over November. Estonian loan amounts saw the biggest decrease, down by 8.1% to €2,825.

For the third straight month, the average Finnish loan duration has shortened, this time down to 48-months. Spanish durations remained constant, at an average of 53-months, while Estonian originations averaged 48-months, slightly lower than in November. 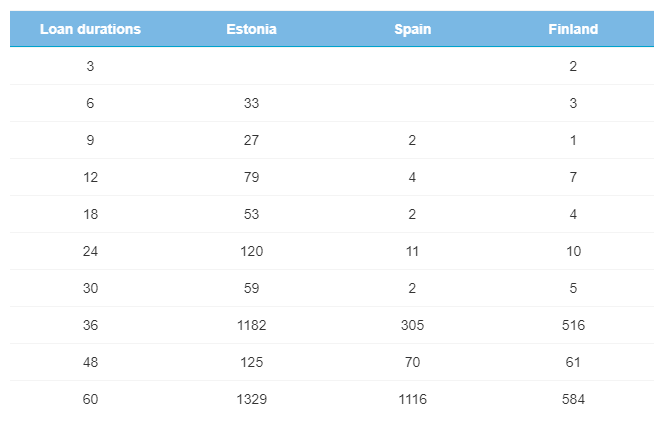 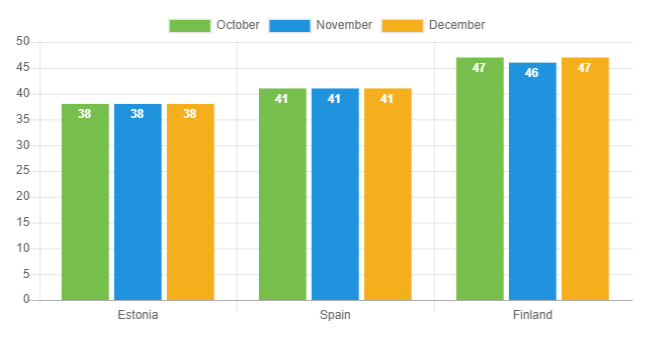 The average Finnish borrower made a higher income (€2,745) in December than the previous three months, an 11.8% increase over November. Estonian and Spanish incomes ticked up slightly higher to €1,354 and €1,681 respectively.

The number of Bondora borrowers employed for more than 5-years declined to 36.7%, while the same ratio of borrowers (28.7%) was employed up to 5-years.

There was an increase in Estonian tenants in December, up to 19.4% of all Estonian borrowers. Meanwhile, more Spanish borrowers (27.3%) are living with their parents than in previous months.

The uptrend in Estonian borrowers income being verified continued, with 60.3% of borrowers in the country obtaining their verification status. All told, 73.9% of all Bondora borrowers were verified in December, up from 69.9% in November.

The end to a strong year