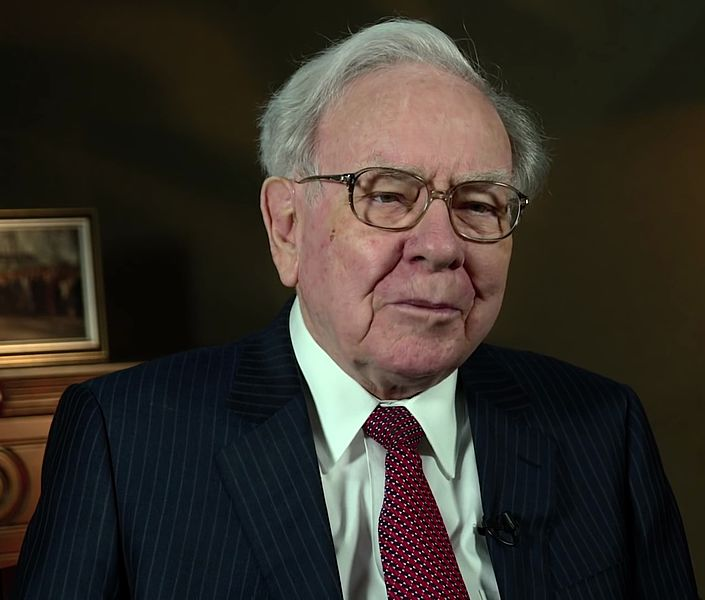 To Warren Buffett, investing is similar to life. It’s a game filled with risk/reward prospects that require insight, determination, and the ability to distinguish between good and bad. Buffett has been so good at this game that he is the most prolific investor of our time, and has helped millions of people invest successfully on their own.

According to Warren Buffett, these pieces of advice won’t just get you far in investing, they will help you get ahead in life as well.

1) Invest in what you know

What seems to be an obvious piece of advice is something that many people often forget. If you don’t understand something, you should never invest in it. Stick to, as Buffett calls it, your “circle of competence” when it comes to your investment portfolio. Buffett himself has stuck to this rule, often forgoing investments in the high tech sector, explaining that he doesn’t have enough knowledge to invest in this area.

It’s not just that you need to understand how a business works, you also need to know its value compared to the price you are willing to pay. “You have to learn how to value businesses and know the ones that are within your circle of competence and the ones that are outside,” says Buffett. No, you don’t have to be an expert in the area of investment, but you do have to know enough to evaluate your investment properly if you don’t want to lose your shirt.

2) Most news is noise, so avoid the hype

One hallmark of Warren Buffet’s investing success is his ability to distinguish between what is important and what is just noise. With the advent of social media and a 24/7 news cycle, there is so much information to digest it can be dizzying. Buffet knows this, and advocates for taking in only select amounts of news and information that is helpful, instead of being inundated with too much useless information.

In his 1989 letter to shareholders, Buffett made a statement about avoiding hype that would go on in infamy: “It’s far better to buy a wonderful company at a fair price than a fair company at a wonderful price.” By avoiding the hype not just in your investments, but in life as well, you will make more informed, better decisions.

3) Investing isn’t rocket science, but there is no “Easy Button”

Warren Buffett has always believed that anyone can be a successful investor. But that doesn’t mean investing is easy. It still requires research and due diligence to generate better returns than the market. But the same holds true for many things in life.

According to Buffett, the key is setting realistic expectations, ones that you can see right in front of you and will be able to accomplish in a realistic timeline. “The interesting thing about business, it’s not like the Olympics,” Buffett said in a 2010 interview. “You don’t get any extra points for the fact that something’s very hard to do. So you might as well just step over one-foot bars, instead of trying to jump over seven-foot bars.” 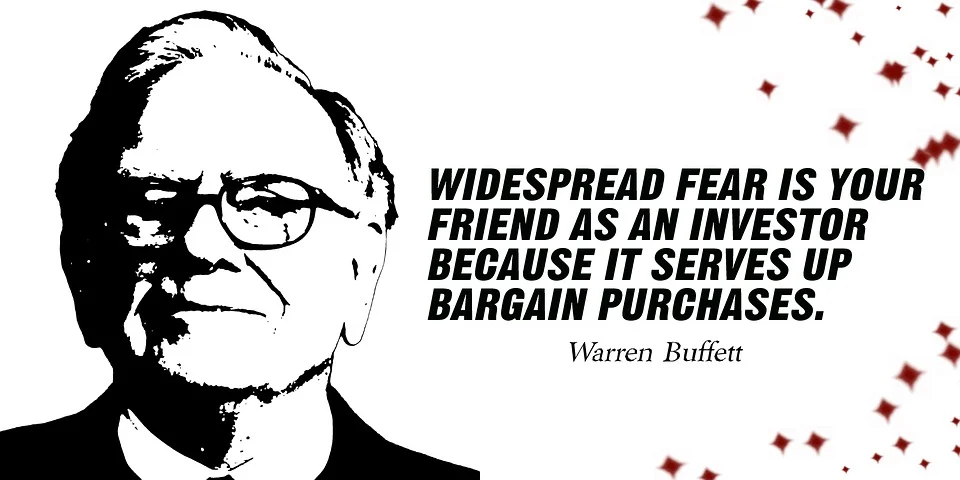 Even an investing savant like Buffet can’t predict the future. He knows that in order to be successful in both life and investing, you need to stay on your toes and be ready for the good and bad that might come your way.

And while it seems like nothing bad has ever happened to Warren Buffett, he did once get turned down by Harvard, something he said was one of the best things that ever happened to him. In regards to setbacks, Buffett notes, “Don’t worry about it. And don’t let it eat at you by looking back. Just keep going, because you’re going to have some things and forget them. Go forward.”

In a 2016 letter to shareholders, Buffett likened investing to marriage. “As is the case in marriage, business acquisitions often deliver surprises after the “I do’s,” he wrote.

Forget about your career or investment plan, marriage, according to Buffett, is the single most important decision of your life. For all of his success, Buffett acknowledges none of it would have been possible without his wife. If you marry the right person, Buffett believes, “It will make more difference in your life. It will change your aspirations, all kinds of things.”

Yet, Buffett didn’t have a traditional marriage by any means. He actually began dating his second wife, Astrid Menks, while still married to his first wife, Susan Buffett. Yet, this was a situation that worked out for all parties.

Plus, according to Buffett, life is just more fun when you have a partner to share it with. “It’s much more fun achieving things in life with a partner, there’s no question about it,” Buffett told Forbes. “It’s really a huge advantage from a personal standpoint to have a wonderful partner.”

Buffett doesn’t just believe that investing your money is a key to success, but rather, it also takes investing in yourself. In fact, this might be Buffett’s top piece of life advice to many. “One easy way to become worth 50 percent more than you are now at least is to hone your communication skills — both written and verbal,” says Buffett. By unlocking your full potential as both an employee and a human being, you can reach heights you may never have dreamed.

This isn’t just an edict, Buffett learned this piece of advice in his own life. As a young adult, Buffett took a class with Dale Carnegie to master his fear of public speaking, and the work quickly paid off. “I proposed to my wife actually during the middle of the course, I got so confident about my abilities,” Buffett tells Forbes. “It also helped me sell stocks in Omaha, despite being 21 and looking even younger.”

7) Associate yourself with ‘high-grade people’ 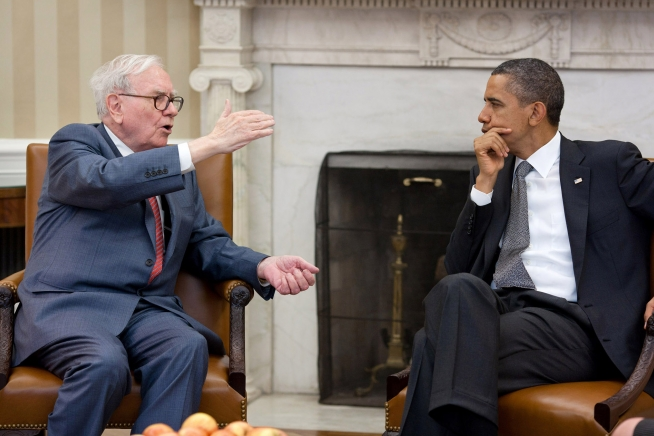 If you surround yourself with high-grade people, you will find your motivations moving in the right direction. It’s something Buffett experienced after becoming friends with then-Microsoft CEO Bill Gates. “You want to associate with people who are the kind of person you’d like to be,” Buffett noted in regards to his friendships.

Buffett describes the things he looks for in people to surround yourself with:

“You’re looking for three things, generally, in a person,” says Buffett. “Intelligence, energy, and integrity. And if they don’t have the last one, don’t even bother with the first two. I tell them, ‘Everyone here has the intelligence and energy—you wouldn’t be here otherwise. But the integrity is up to you. You weren’t born with it, you can’t learn it in school.”

In a similar vein, Buffet says to surround yourself with people who are better than you, which will cause you to strive for greatness. But in the end, what’s even more important is that you like their company. “I only work with people I like. If I could make $100 million with a guy who causes my stomach to churn, I would say no,” Buffett says.

8) Look up to the right people

Buffett constantly talks about his mentor, the father of value investing, Benjamin Graham. Graham helped a young Buffett sharpen his skills and become a great worker. “Ben was this incredible teacher. He was a natural, and he drew us all in. It was like learning baseball from a fellow who was batting.400. It shaped my professional life,” Buffett recalls.

9) Stay humble and admit your mistakes

For as much wealth Warren Buffet has amassed in his decades of investing, he is still a humble man. When others speak of Buffett, it is with a great sense of awe for what he has accomplished, but an equal sense of humility he has built along the way.

Unlike other billionaires like Jeff Bezos who are looked down upon by the general public, Warren Buffett is still well liked, regardless of his massive wealth. “He is such a down-to-earth person. He’s a hero who’s generally popular with the public,” says University of Maryland finance professor David Kass.

His humble nature has carried over into his work, where Buffett isn’t afraid of admitting his mistakes, some of which lost his company hundreds of millions of dollars. In fact, Buffett prefers to highlight everything that has gone wrong when an investment goes south so he can learn for next time. Buffett is a strong advocate for the use of post-mortems (a process of evaluating a project’s success or failure after it’s completed) for his investments. “Post-mortems prove useful for hospitals and football teams; why not for businesses and investors?” Buffett argues.

Sticking to your guns

Warren Buffett is just a simple man from Omaha, Nebraska who stuck to his principles and became the most infamous investor of his generation. While Buffett’s investing prowess may not be attainable, his mindset is. If you follow his advice, you are likely to improve in many areas of your life.

He isn’t flashy, nor is he outspoken. Instead, Warren Buffett has shown the world that with hard work and dedication, anyone can improve not just their financial well being, but their life too.

*As with any investment, your capital is at risk. Investments made through Bondora are not guaranteed; therefore any assets allocated to the Go & Grow account are not guaranteed by any state fund or otherwise secured and it may not be possible to liquidate assets or withdraw money immediately. The yield is up to 6.75% p.a., but please note that the yield achieved in past periods does not guarantee the rate of return in the future. Before deciding to invest, please review our risk statement or consult with a financial advisor if necessary